When your model is ready, you can preview your model in Google Earth directly from SketchUp. All it takes is a single click! 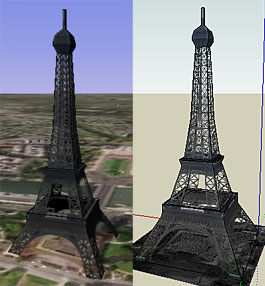 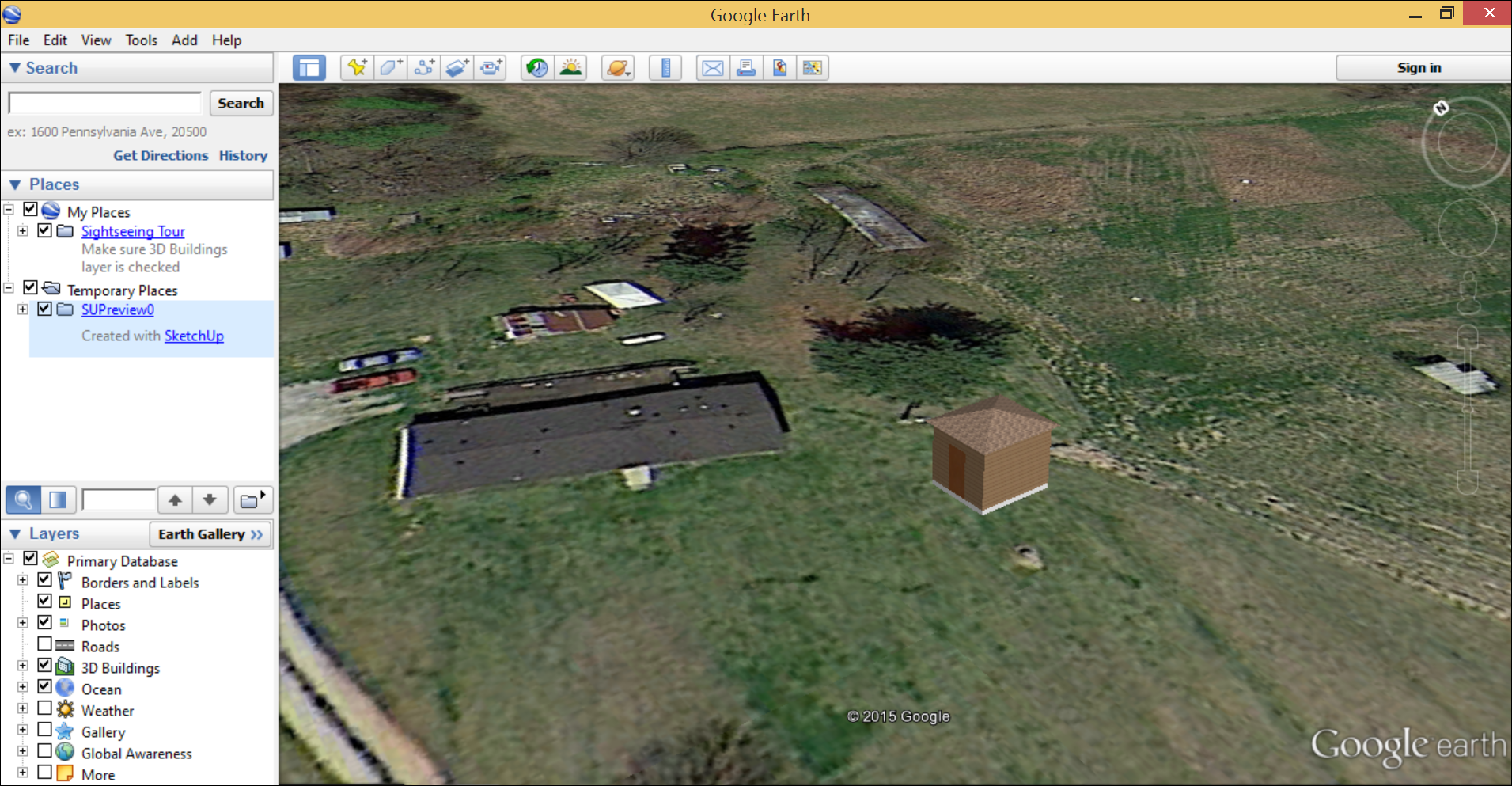 Note: Instead of using SketchUp’s Preview in Google Earth feature, you can export a SketchUp model as a .kmz file. (See Using SketchUp Data with Other Modeling Programs or Tools for details about exporting SketchUp files to other file formats.) When you double-click the .kmz file on your hard drive to open it, the file opens in Google Earth instead of SketchUp. 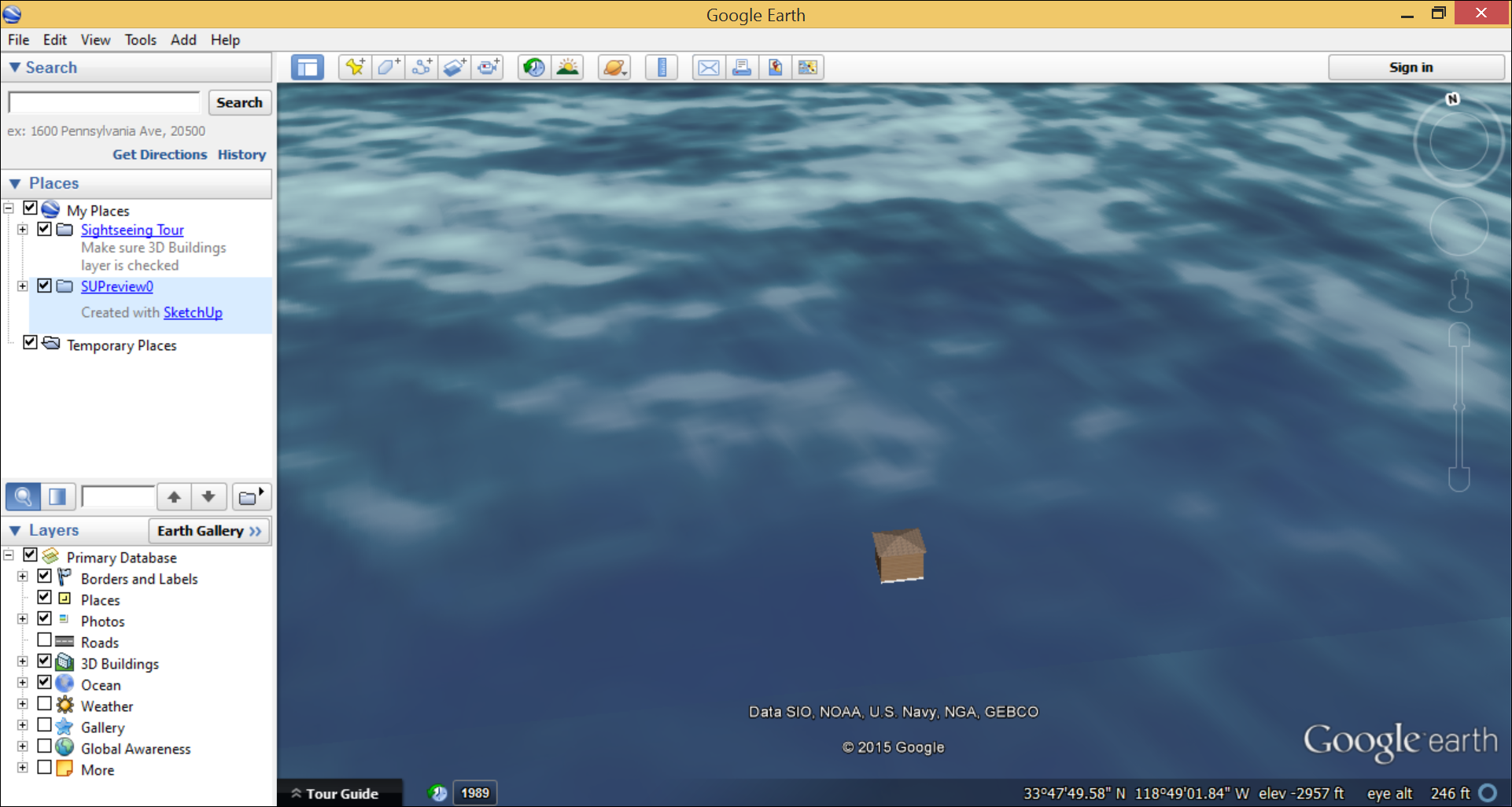 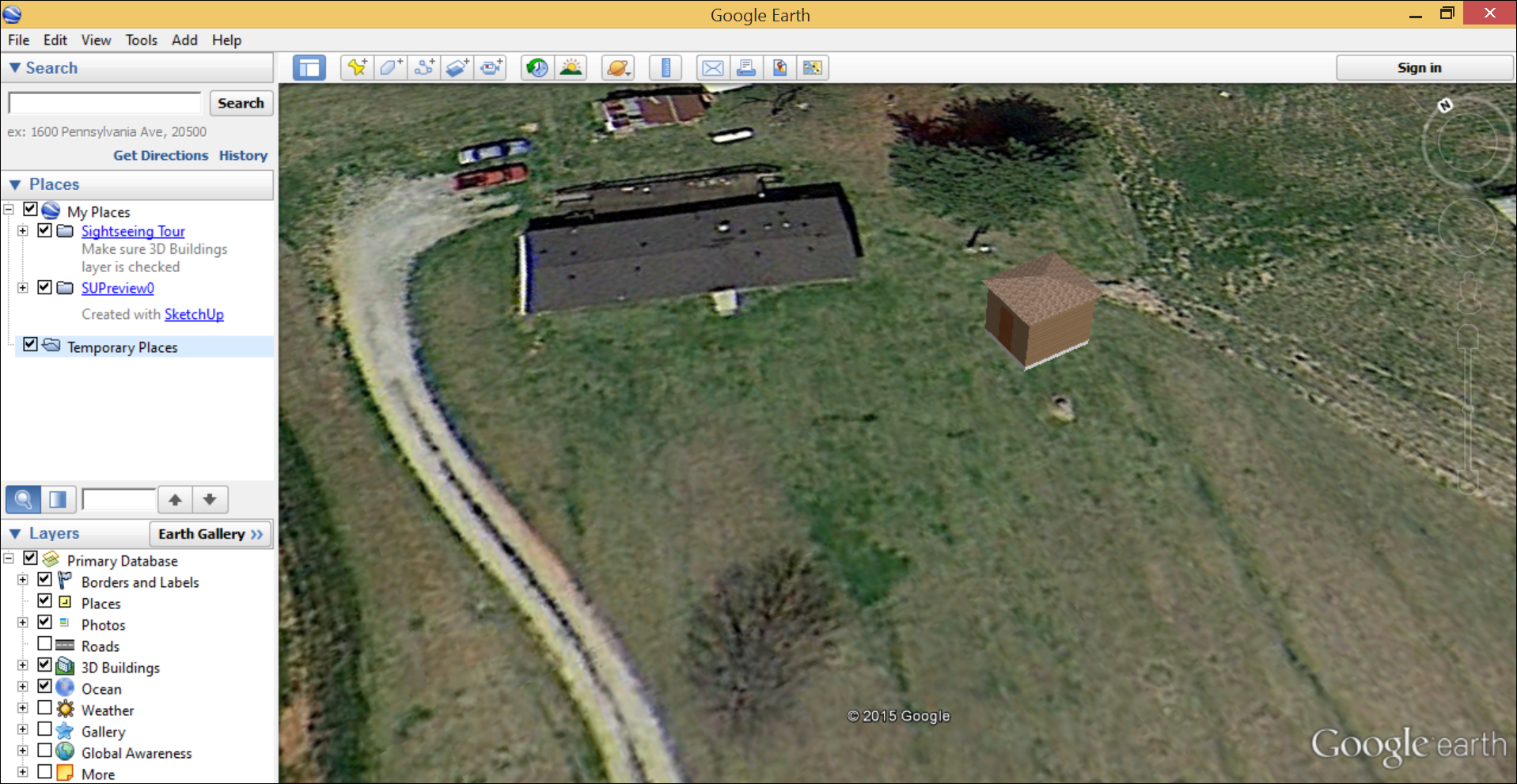