First introduced in SketchUp for Web, Search SketchUp is now a desktop feature that allows you to look up and activate commands by typing. Search supports queries for commands by name as well as by 'concept.' This means you can search for workflow-related queries -- such as 'elevation,' 'boolean,' or 'chamfer' -- and see related SketchUp results. In SketchUp Pro, Search also provides results for installed extension commands with associated toolbar or menu listings. Activate Search with its toolbar icon (far left in the Getting Started toolbar), from the Help menu, or by its default shortcut (Shift + S).

Lasso is a selection tool that lets you create hand-drawn selection bounds. To create a window bounding loop (where only entities entirely inside are selected), click-drag and move the cursor clockwise. Move counterclockwise to make a crossing bounding loop (where partially contained entities are selected). A stippled vector line distinguishes the crossing selection. If you like, you can reverse Lasso's directional behavior in Preferences > Drawing.

Additionally, Lasso can select entities one click at a time and works with the same modifier patterns as Select. For Lasso, we are introducing a new default shortcut: Shift + Spacebar.

The Tag tool lets you apply tags by clicking entities in the modeling window. To specify a tag, select an individual tag in the Tags panel or use the tool's Sample modifier to grab a tag from an entity in your model. Keep an eye out for tooltips that affirm the tag about to be applied or sampled. When you click to tag entities, a purple bounding highlight blinks to confirm the operation. Learn more about the Using the Tag tool and its modifier actions...

We've made a considerable upgrade to the Freehand tool, allowing you to create much smoother curve entities. These improved freehand curves generally contain more segments. Immediately after drawing a curve, you may decrease the segmentation of the curve incrementally, and SketchUp will provide visual feedback with each increment. Segment control is available by modifier keypresses specified in the Status Bar. Freehand has also received axis locking input to set a drawing plane (available before a user starts drawing). And it is now possible to draw across adjacent faces on different planes.

There is now a tangent inference lock for the 2-Point and 3-Point Arc tools. This new toggle makes it possible to lock tangency from an existing edge so that the next click creates a tangent arc. To toggle on this inference lock, tap the Alt key on Windows or Command key on Mac.

With tangency locked, what you see is what you get. Click to set the tangent arc and start drawing a new one.

When multiple edges intersect, you may hover over an edge to request it as the basis for tangency before clicking to begin the arc. This behavior is available whether or not the inference is locked.

When models have a ton of scenes, it can be a bear to scan a long list to identify a desired scene to jump to or configure. In SketchUp 2022, we've added a new search filter -- available adjacent to Scene Tabs (when there are two or more scenes) that lets you type to find a scene name. Click a scene from the search results to jump to that scene and also select it in the Scenes panel.

In SketchUp 2022, we are offering a universal installer that enables SketchUp Pro to run 'natively' on Mac devices that run with Apple silicon (introduced in late 2020). Previously, SketchUp has been running on these devices using the Rosetta translation service.

The 2022 installer also supports SketchUp's installation and operation on Mac devices with Intel processors. Apple users will not need to distinguish which chipset powers their Mac to install SketchUp Pro.

When you explode a large object in SketchUp, there is often a noticeable hang. In 2022.0, we have made a significant improvement to Explode operations. In large models, we expect users may experience a 2-3x improvement with Explode. 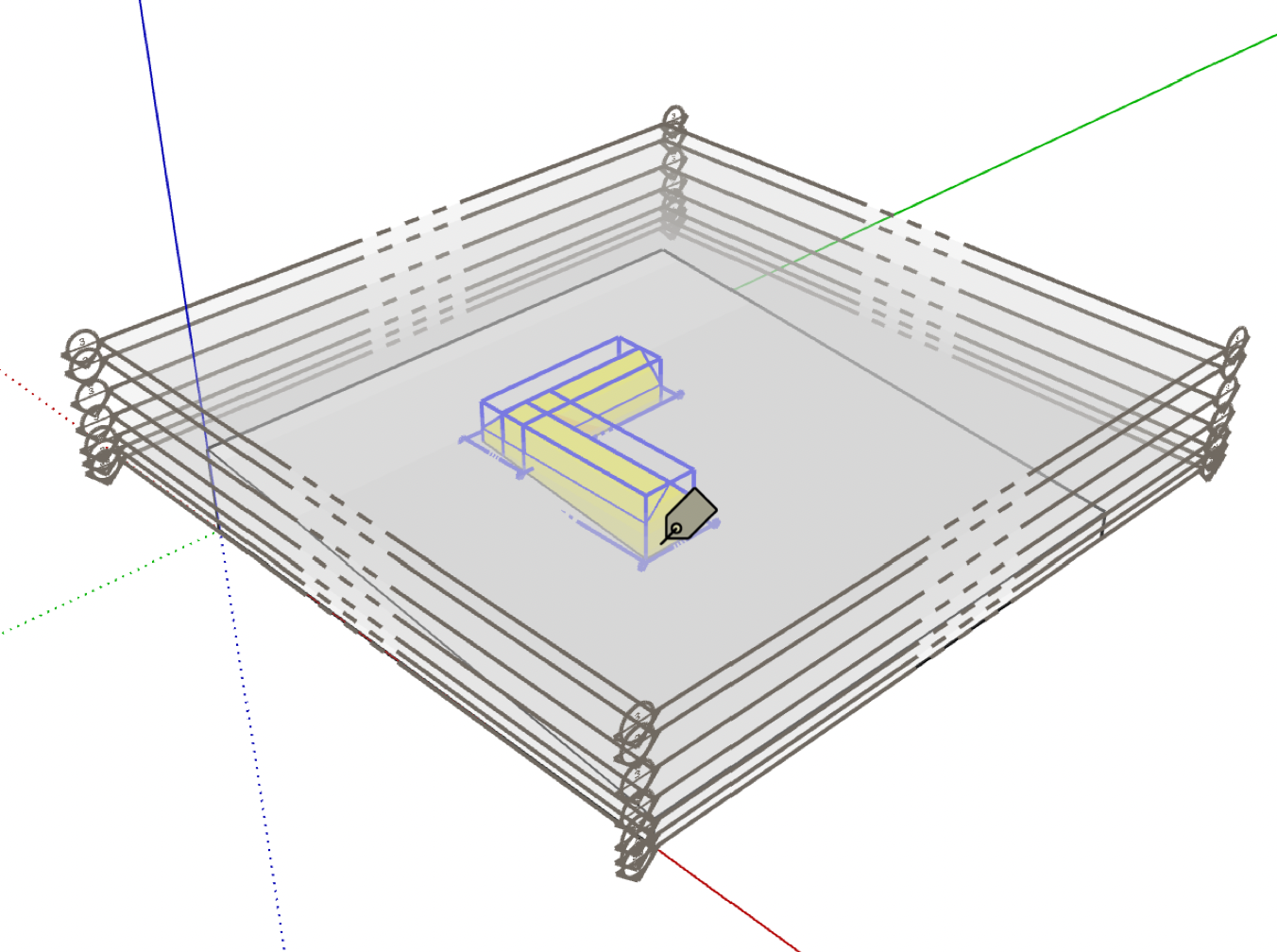 You can still select a section plane by clicking its border or symbol, or by using Outliner.

'Clipping' is a longstanding problem that occurs when users navigate to modeling window views where the camera cannot appropriately interpret model geometry. The result is 'clipped' geometry that displays inappropriately. In this release, we have made changes that should improve a few scenarios where people experience clipping. These include:

In previous versions of SketchUp, Standard View commands -- Top, Front, Right... -- did not respect customized model axes. So, you would need to use the Align View command to produce camera views for properly aligned elevation and section views. Now, the Standard Views will behave as expected to produce properly aligned views to customized axes. One other small change: the Align View command is now accessible in the Context Menu, even if other entities (like edges or objects) are also in the selection set.

We have made some modifications to smooth over a few rough spots in measurement and guide operations. These include:

In SketchUp 2021.1, we added the ability to 'pre-lock' a directional inference for Line, Freehand, 2-point Arc, 3-Point Arc, Move, and Tape Measure. In this update, tooltips confirm when an inference is locked using the arrow keys, before the first click of an operation.

In previous releases, SketchUp capped the maximum 2D image export size to 9999 pixels (wide or high). This limitation was meant to prevent SketchUp from freezing if people asked their systems for more memory than was available. As the available system memory varies across our users' devices, we have now adjusted our 2D exports to be less restrictive and more responsive to the working memory on a given device. Now users may enter any value into the image size fields. If SketchUp thinks that the resulting image will exceed the available system memory, a dialog will advise users to reduce the image size.

SketchUp's 'Automatically fix problems' service has not handled small geometry well. In many cases, faces could be deleted when model validity checking was enabled. In this update, we've improved both the fidelity and performance of validity checking and repair, so that small faces are not deleted and that the entire process goes significantly faster (between a 1.5 and 5x improvement in the 90+ models we tested).

When LayOut pages grow in detail and complexity, they often become cumbersome to use with scroll-to-zoom functionality. Using LayOut's new Zoom Selection command, you can jump your view to a selection, decreasing the likelihood you will experience lags on zoom in (and then zoom out, when you end up zooming too far in! ?). This command is available from the context menu, the View menu, the page navigation menu, and as a customizable toolbar icon. There is also a new default shortcut: Alt + Z on Windows and Option + Z on Mac. 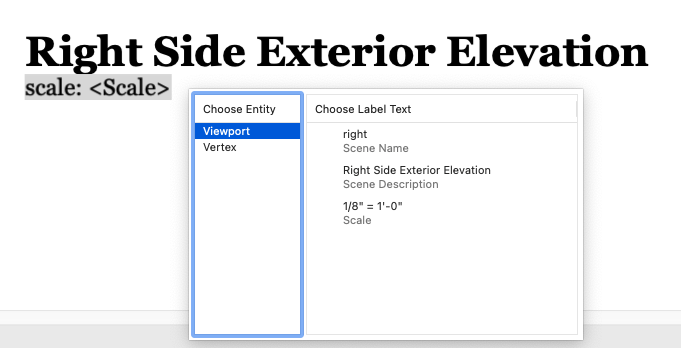 In addition to existing labels that pull attributes from SketchUp entities, we are introducing new tags that can either be selected from the Auto-Text menu in label creation or utilized in scrapbook labels. To enable these tags, label leaders must be pointing to geometry in a viewport.

Labels can be used in scrapbooks (and with transparent leaders). This means that users may drag Auto-Text labels in from a scrapbook, then hit enter to drag the label leader to automatically display a value associated with a viewport, even in cases where no leader line is desirable..

<SceneName> Pulls the name of the scene that a viewport is set to display. If you slightly modify the camera position of a viewport, this tag will still display the last chosen scene.

Since many drawing titles would be too long to display in a SketchUp scene name, we are also exposing <SceneDescription> as an auto-text tag. Using this scene attribute -- defined in SketchUp's Scenes panel -- allows you to use abbreviated scene names to manage large numbers of scenes and longer strings for scene descriptions/drawing titles.

We are also introducing a new way to customize the value of certain Auto-Text tags by specifying a parameter in the tag. 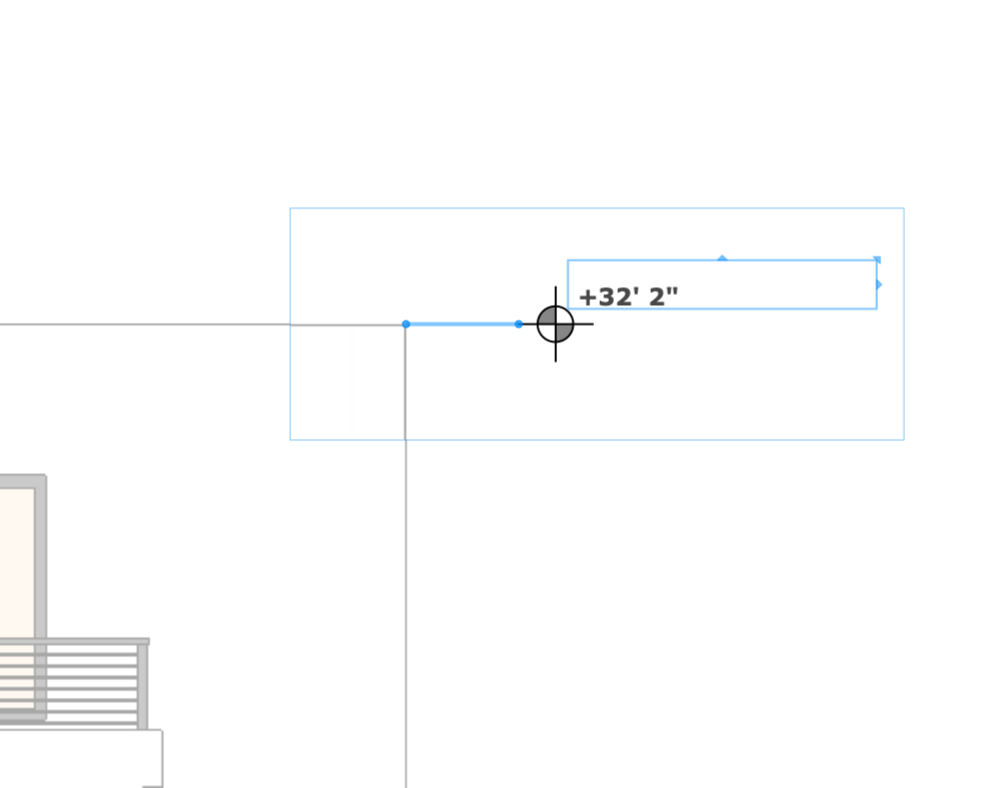 Output values match the specified model units in SketchUp and correspond to the axes of a viewport's scene. Another improvement: coordinate values can now be pulled from a point on an edge or face.

We are introducing some new and improved Auto-Text with the intention of enabling more efficient title block management, as well as the creation of tables of contents.

Complementing our existing <PageNumber> tag, <PageCount> yields the number of pages in a user-defined range in the document. Similar to <PageCount> users may specify:

<PageCount> includes a customization value for 'End Page' which determines where the count ends. By default, End Page is set to Last Page, whatever that page is. As pages are added to the document in the count range, this tag will update. Learn more about <PageCount>...

Parameter input for the existing <PageName> tag will display the name of a page that is not the current page. The value you set in the parentheses reflects the relative position of a page in the LayOut document. So, <PageName(3)> will output the name of the third page in your document (as specified in the Pages panel). Learn more about Page Management Auto-Text in LayOut...

We are introducing a new Auto-Text tag that automatically increments when duplicated. These tags may be used to rapidly annotate drawings and figures, create numbered drawing titles, index legends, and many other use cases that would previously require text editing between each copy. For guidance on usage and customization, learn more about Sequence Auto-Text in LayOut.

Find & Replace can be activated with the Ctrl + F shortcut (Command + F on Mac) as well as from the Text menu in LayOut. Learn more about Find & Replace...

To highlight Auto-Text functionality and capabilities, we are adding two new pages to each of LayOut's English title block scrapbooks: the graphics packages which complement title block templates. These include a collection of viewport-based Auto-Text labels and a table of contents template. Learn more about the objects in Auto-Text scrapbooks...

We now support universal binaries on macOS that run natively on both Apple silicon and Intel-based Mac computers.

The existing way to add entities (faces, edges, construction geometry, etc) is to define a single entity, then add it to the model. The SketchUp engine processes each addition separately, performing operations like collision detection between the new and the existing geometry, or setting edge properties for every separate entity added. The time required to do this is negligible for small operations. But the performance degrades quickly once a large amount of geometry (1000+ entities) is involved. In internal testing, we found that generating a model with 10K faces is over 40 times faster with this new API. For REALLY large operations, with 100,000+ faces - SketchUp will now complete operations that previously would have hung the application with modest wait times (10-30 seconds).

We added a Generating Geometry section to the Ruby API Documentation.

Earlier versions of SketchUp printed the return values to Ruby Console commands different depending on the platform. This has been made consistent following the pattern of Ruby's own IRB tool. A side effect of this is that the console now uses `.inspect` instead of `.puts` when printing the returned value which makes it less ambiguous in many cases. For example `nil` vs `""` that would otherwise print a blank line in both cases.