We want to make the information in SketchUp models as useful as possible. In this release, we’re improving Generate Report to allow users to aggregate component data so you can extract and organize information contained in your models. That means you can configure Generate Report to sum parts and quantities for schedules and cutlists, or create detailed pricing estimates by listing prices by layer.

BIM doesn’t really work if information can’t move freely between applications. We’ve dialed in our IFC exporter to ensure that the attributes you bring in from other applications or manipulate in SketchUp stay with your work when it leaves SketchUp.

It seems simple, but naming something is the first step towards making it easier to find, organize, and edit that something. Now, even when your section planes are hidden, they’re right at your fingertips. Here’s how it works…

Create a new section plane and choose a name for it and a short symbol that will display in your modeling window. Your section plane is now a unique SketchUp entity that can be found in Outliner and manipulated in Entity Info. Use Outliner to quickly find, select and edit specific planes. Use Entity Info to edit naming conventions and organize section cuts into layers, then control the visibility of your section planes, cuts and fills via Styles.

We have added Filled Section Cuts to SketchUp 2018. To access, open Styles > Edit > Modeling and toggle ‘Section Fills’ on or off, and set your desired fill color. When section fills are toggled on, SketchUp will render a fill on top of cleanly modeled sections. We’ll even help you troubleshoot geometry problems that are preventing SketchUp from recognizing the section you want to fill. Access troubleshoot mode through the section plane context menu when Section Fills are on.

While we were at it, we improved performance for models that use section planes to hide large amounts of geometry. Basically, the more geometry you section off, the more you’ll benefit!

Other Notable Improvements and Changes Outliner

While adding support for Section Planes, we also improved Outliner’s performance. Outliner no longer refreshes on many transactions that don’t need it. Additionally, we improved the sort order in Outliner. Changes include:

We made some small, smart changes that help you draw exactly what you want. Including:

The SketchUp STL extension is by far the most popular download from Extension Warehouse. Going forward it might not be, because now SketchUp natively supports the import and export of STL files (on both desktop and web).

Anti-aliasing on the Mac

For Mac users, we’ve added anti-aliasing settings. Go to SketchUp > Preferences > OpenGL to control the anti-aliasing sample count, which controls the smoothness of your geometry.

The majority of preferences are now stored in two json files. There are still some OS controlled preferences that remain in the registry (Win) or plist (Mac). The json files are saved in the following locations:

The DWG Importer has been rewritten using our own C API. The goal is that the new dwg importer will work exactly the same as the 2017 version (improvements can come at a later time, now that we have code we can update and maintain more easily!). Ideally all files that imported previously will continue to import in 2018 and hopefully some files that used to fail on import will now import correctly.

Our QA team has smashed and banged on Apple’s newest operating system, macOS High Sierra, enough to say that SketchUp 2018 is fully compatible.

In addition to the above, we’ve been heads down fixing bugs and adding some smaller features:

LayOut is where people harvest their 3D work in SketchUp to produce excellent drawings. Without apology, our commitment in LayOut is to help professionals make much better drawings, much quicker, and with as much control as they need.

Now you can use LayOut"s vector illustration tools to draw in 2D at scale. Use your SketchUp model as a scale basis to create blocking details. Or create your own scaled illustration to add details not necessary in your 3D model: dashed lines or blocking, for instance. Re-set scales as you wish and your work will resize as necessary. As you would expect, your scaled drawings are fully supported by LayOut"s Dimension and Label tools.

DWG Imports One reason that drawing in 2D at scale is important is that a lot of LayOut users are trying to work with imported AutoCAD geometry via the DWG format. So in this release, we"re introducing LayOut"s ability to import DWG files as native LayOut entities. DWG projects import at scale and support the pages, titleblocks, and blocks that your partners have created. Even better, LayOut users can now help themselves to the vast world of free DWG libraries.

All imported data is brought in at the scale and units based on the AutoCAD file. AutoCAD files that contain a perspective view either in the Model Space or within a Viewport are brought in as a SketchUp model reference by default.

To support scaled drawings, we made a juicy change we think LayOut regulars will notice right away: Editing grouped entities in LayOut now works just like it does in SketchUp including single entity groups. That means it"s wayyyy easier to draw and manipulate grouped entities. LayOut users can also control “rest of document” visibility when editing within a group. Does anyone else smell a new custom keyboard shortcut?

In this release, we have made a number of improvements to how you are able to draw. To keep track of them all we have listed them out.

What sounds like an enabling physics concept for teleportation is actually a pretty simple LayOut idea. You should be able to draw dimensions across SketchUp viewports in order to create an excellent section detail like this…

You can set the same level of dimension precision in the LayOut Dimension Style panel as you can in SketchUp. You can now be as precise as SketchUp dimensions. That"s up to 0.000001 inches. Do the math: that means LayOut can show the decimal equivalent of 1/64” (0.015625”).

Like all of the information in your model, SketchUp"s new advanced attributes are available when you draw LayOut labels.

Similar to group editing, locking entities is fundamental to how many people organize and navigate projects (both models and documents). Now you can easily lock individual LayOut entities to cut down on accidental edits or selections. We can"t guarantee you"ll be less awkward at parties. 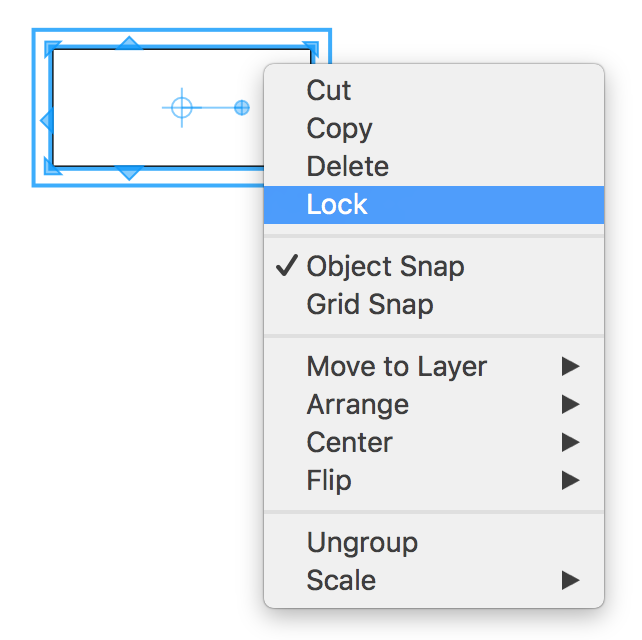 In addition to the above, we’ve been heads down fixing bugs and adding some smaller features:

This is a new Ruby based API for SketchUp that allows developers to read and write LayOut files using the regular SketchUp Ruby API. We’ve taken the existing LayOut C API and wrapped it with a Ruby layer and then included that inside SketchUp. This is proving to be a great working model for how to expose API functionality to our base C API and then expose that exact functionality to a ruby layer without duplicating code.

Hello Ruby API developers, meet Sketchup::ImageRep. This new class exposes a data structure internal to SketchUp called an ImageRep. ImageRep is an in-memory representation of an image (as opposed to a reference to an image inside the SketchUp model). This class exposes a number of image reading and manipulation tools to the Ruby API. Now you can get the color of a pixel at a specified uv coordinate from an ImageRep, get an array of all pixel data from an ImageRep, set pixel data in an ImageRep, save an ImageRep out to disk, and more. Of course we’ve also included utilities to convert an in-model texture to an ImageRep, and assign an ImageRep object directly to a material as the material’s texture. This new class opens up a lot of opportunities to read and manipulate images in the model. Check out the ImageRep class in Ruby API docs for more information.

New SketchUp Features in the API

A big round of applause for the SketchUp Core team for the improvements they have added to the SketchUp application. Well, we also wanted to make sure that these new features were accessible to our developer community. We have introduced new API features for Named Section Planes and Filled Section Cuts. Awesome!

You’ve probably already seen this feature in action at ruby.sketchup.com. We have been working to improve our Ruby API documents and the publication process. At the beginning of the year, we switched from an internally tweaked and maintained version of RDoc to YARD for our documentation generation. In the process we had to make many alterations to our documentation in the source code. We made a specialized YARD template to suit our needs. The Ruby documentation will be available to Beta testers within the Resources section of CenterCode. If you are especially interested in helping with our Ruby Docs, you can even fork our repository, make changes, and submit them to us via a pull request and we can incorporate those changes back into our source code and they will go live the next time we update the online docs.

SketchUp core added a feature called Advanced Attributes. This adds some new attribute dictionaries and attributes to Component Instances and Definitions by default on every model. It should be noted that we have blocked the ability to delete the dictionaries via ruby. This should not be possible, please let us know if you find a scenario where you are able to do so. You can however delete the key/value pairs. The UI will recreate those key value pairs if they do not exist.

Ruby Improvements and Fixes Bug Fixes
Documentation Note: When an HtmlDialog is closed, all callbacks to that instance are cleared. Re-attach them if you need to open the dialog again.
SketchUp C API Additions and Improvements

We added new classes and functions to the SketchUp C API in 2017 to provide greater benefit to our developers and as part of our continued effort to fully deprecate and remove the old C++ API. We are continuing to add more until we gain enough coverage to consider the C API at feature parity with the deprecated C++ API. Reference the versions.txt file within the SDK to see the new additions. The preferences dll in the SDK is now required to use the C API. A change from previous versions.

Additions with a * indicate that there were multiple functions added in that class.

Fixed SUMaterialSetName: now returns SU_ERROR_INVALID_ARGUMENT if the material is owned by a model and the name is not unique

Breaking change to LOFormattedTextGetStyleRunAtCharacter. This was previously mis-implemented. It now takes in a starting character index and a length, and returns a LOStyleRef object with style attributes for the specified run of characters.

Sketchup::Material.name= has a regression bug where setting the name to the existing name will also raise an error. (unintended). And that renaming the material via the UI might prevent the API from reusing the name until the model is reopened.