Enhancing your professional workflow—it's the small things that count!

We are excited to announce our second desktop product update since releasing SketchUp 2019. We've been hanging out on the forum and researching at 3D Basecamp to get some insight into your workflows. With your feedback, we've worked hard to update some top features in SketchUp Pro 2019 and LayOut. Try out these new updates, and see how they impact your professional outputs and workflows.

The name of the game (update) is ease of use. This release has made SketchUp more intuitive — and more fun to use. With more focus on improvements to imagery exports, usability, and a seamless LayOut connection — your professional workflow will greatly benefit. Check out the top features below.

Exporting images. Exporting 2D graphics, raster files, and animations just got better. You can now control the overall line thicknesses of exported images with our new line scale multiplier, found in the export options dialogs. Before this change, line weights stayed the same as the viewport which could make the line weight too small or too large. So, if you are experiencing line weights that are too thick, you can make those line weights thinner. Also, .png images now export with transparency so you can see what is behind the material while compositing. 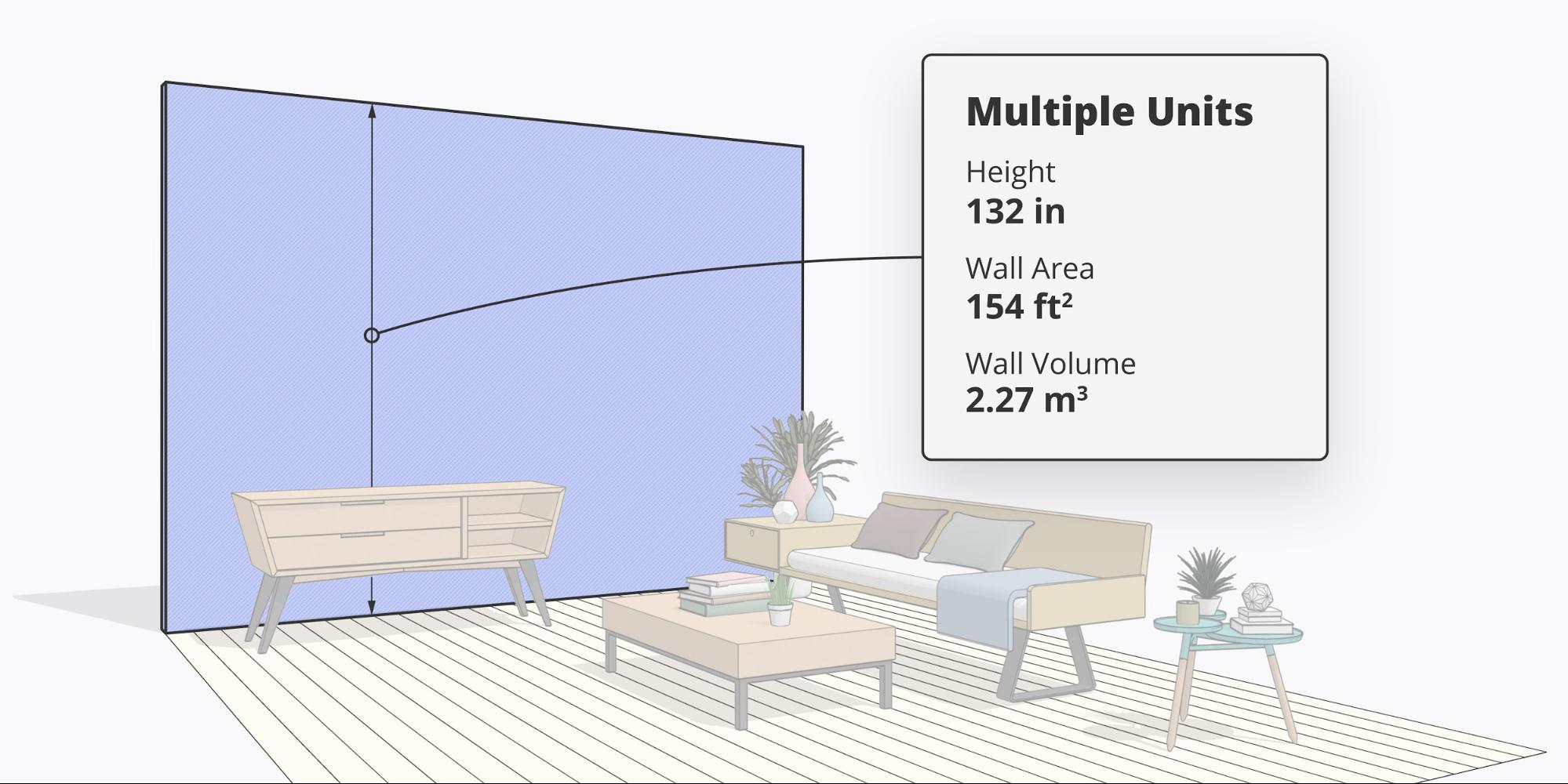 Invert Selection. Just like the title suggests, it's the small things that help your workflow! This new feature will allow you to select anything, then invert the selection of objects. This makes it simple to select items and then perform actions on their inverse. The keyboard shortcut for this will be: CTRL + SHIFT + I (Windows) or CMD + SHIFT + I (Mac).

Importing files. The days of picking out your import file format from a long list are over. You can now drag and drop ALL supported file types directly into your modeling window. By default, you'll now see all supported file types available for import. Additionally, the DWG and DXF importers now bring in fewer duplicate and messy edges.

Eraser Tool. Have you ever accidentally erased too much in your model? To make your detailing workflow a little smoother and seamless, we added alt & cmd as modifier keys to remove any unnecessarily highlighted lines that you might have accidentally captured during your modeling efforts.

Section Planes. Cutting a model along a plane so that you can peer inside the model? We just made this way smoother. Section planes now ask the user to name them after placing them in the model. Simply place, then name.

Send to LayOut. Clearly, we want to make LayOut even better to use! You can now send your models directly to LayOut from the large toolset in the left-hand toolbar. If you haven't used LayOut before, you should check it out now!

Large Area Imports for Add Location. You can now easily import large sites at full resolution. How can you take advantage of this new feature? Simply zoom out a bit, then select the level from which you want to import. Be aware that, importing very large areas with lots of imagery can adversely affect performance in your SketchUp model. Check out our help center to be sure you're aware of how to best handle lots of data in your models. Note that this feature is only available to SketchUp Pro and Studio subscription holders.

The overall changes for LayOut can be summed up in a few words: improved overall interaction for construction documentation. We focused on making the usability of LayOut more natural and consistent with that of SketchUp. Check out these life-changing updates.

Isometric dimensioning. It is now possible to make linear dimensions align with an isometric viewpoint. This one is huge! Since an isometric drawing is a primary type of drawing in LayOut, we wanted to make it smoother and more straightforward. You can now control extension lines, gap distance, and align dimensions with isometric angles.

Auto-text. Similar to “smart labels”, you can now add text to dimensions without breaking the automatic measurement. For example, let's say you create a wall dimension. You can dimension a wall, add the word “height”, and the dimension measurement will still update if the measurement changes. Pro tip: make sure your string has <> in it. For example, Height <>' will turn into 'Height 132in'. 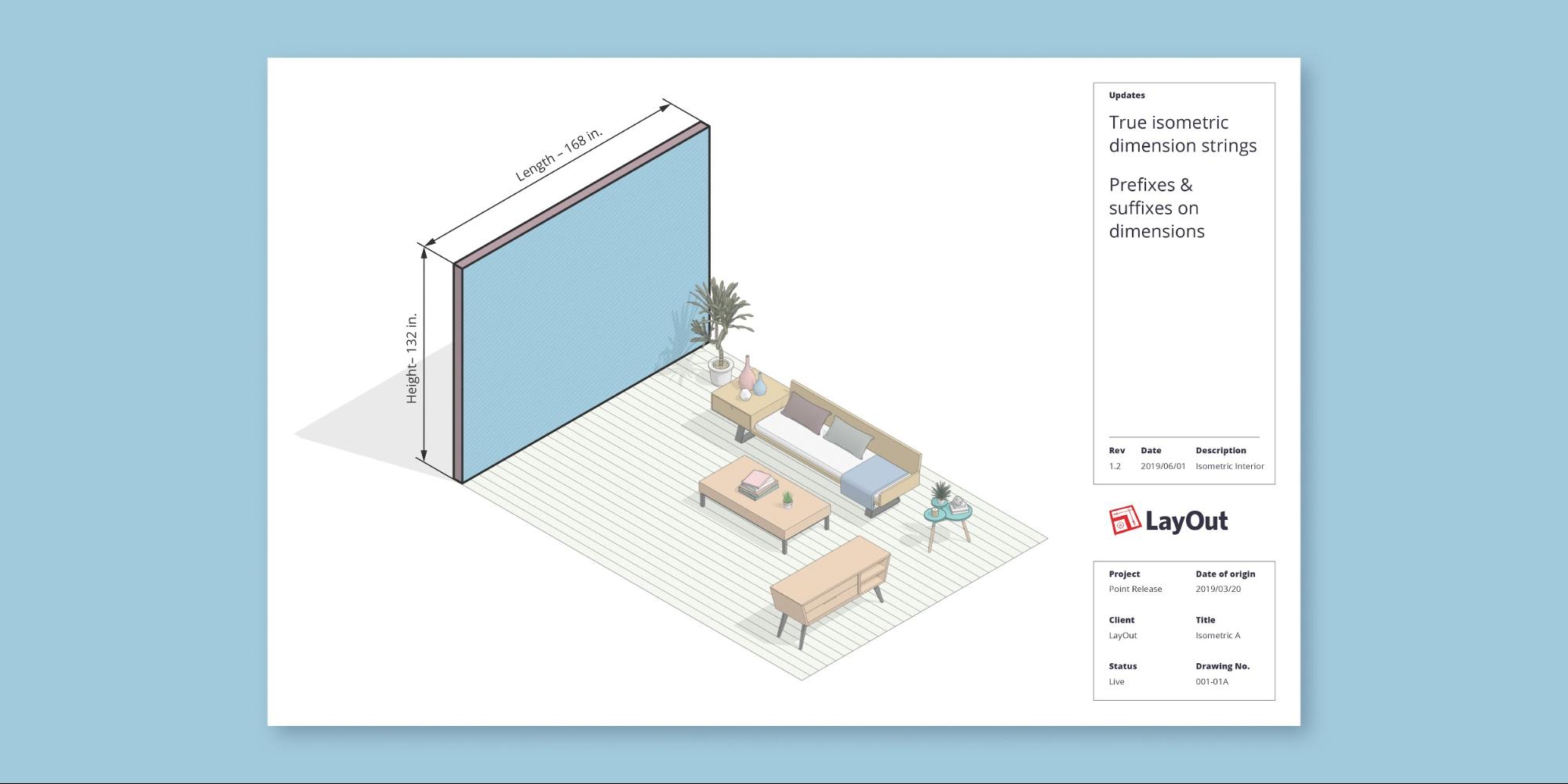 Rotating dimensions. Now, when your dimensions are off-axis, the bounding box will remain aligned with the object so you can continue to scale it in the right orientation.

We have fixed a good deal of bugs with this release and added some small features, including:

Certain extensions are not yet compatible with SketchUp 2019.2. We are not able to know every extension that is affected, but we don’t believe that the number of extensions affected is large.

We know that Thea is not yet compatible with SketchUp 2019.2. If you require Thea Renderer, we recommend that you not upgrade at this time, until they are able to release a compatible version.

We have fixed a good deal of bugs with this release and added some small features, including:

The SketchUp application and the SDK have been updated to Ruby version 2.5.5. This was done to address an optimization bug in 'if' and 'jump' and to improve security.

Mouse Wheel in the Ruby API!

In addition to exposing new functionality in SketchUp we exposed the mouse wheel event to custom Ruby tools. This opens up new possibilities for interacting with the viewport and UI and could make for some exciting new Ruby extensions.

Textures - Export Performance and other Improvements

A number of missing "Remove" functions were added to the C API, further improving the feature parity with the Ruby API.

We recently announced that we had done the work to remove the C++ API from the SketchUp SDK. This is our first release that does not support the C++ API. See this forum post for more information.
https://forums.sketchup.com/t/developer-announcement-c-api-removal/94943" target="_blank">https://forums.sketchup.com/t/developer-announcement-c-api-removal/94943

Who does this affect?

This change should not affect most people, as most people are using our C API. However, anyone that is still using the C++ API which has been included in the “deprecated” folder in the SDK since SketchUp 2013 will need to migrate their code to the C API. You will still be able to read and write SketchUp 2019 and earlier .skp files using the C++ API that we released with previous versions of SketchUp 2019. But you will not be able to add a custom exporter that uses the C++ API to SketchUp. The bridge that connects the C++ exporters to the SketchUp exporter interface has been completely removed in this and all future versions of SketchUp.